The bust of Marshal Zhukov was returned to his rightful place on July 11. His restoration to his original state at City Hall was promised a month ago.

It will be recalled that the monument of Marshal Zhukov was toppled by activists of several social organizations at the beginning of June, precisely at a time when the party congress under the leadership of G.A. Kerness was taking place in the Palace of Sports. Before that, the representatives of various public protests of Kharkov repeatedly voiced their discontent about the monument and renaming of one of the streets. However, all their actions were ignored by the local authorities.
The activists are determined to "remove" this monument legally - through the courts.

In such case, the lawyer, the head of the civil practice of UC "Riyako & Partners" - Nikolay Maksimov advises to apply to the court.

According to the lawyer, any action to dismantle architectural monuments must be authorized by the local authorities. Otherwise, such acts are punishable under both administrative and criminal law.

If someone considers the actions of the city council concerning monuments to be illegal (their construction, reconstruction, demolition), then apply, counsel, to the administrative court with a claim against the City Council. 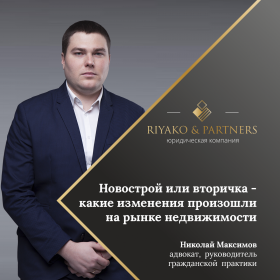 With the introduction of the quarantine regime in Ukraine and its subsequent continuation, the police… 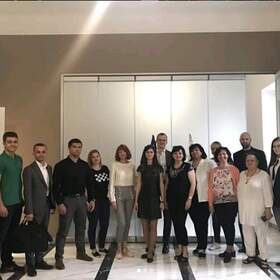 Meeting of the Committee on Medical and Pharmaceutical Law

On May 22, our team attended a meeting of the Committee on Medical and Pharmaceutical Law of the Kharkiv…

Establishment of HCH inspection - what it will do

Recently, in the Ministry of Regional Development, a State Housing and Communal Inspectorate was set…

E-power of attorney - why and how will it work?

The power of attorney will be sent by messenger. It sounds like a joke, doesn’t it? There will be…