law firm
Law news E-power of attorney - why and how will it work?

The power of attorney will be sent by messenger. It sounds like a joke, doesn’t it?

Such powers of attorney may be sent:

Such powers of attorney may be issued for:

The particular convenience of implementing such a system would be for those who urgently need to transfer the power of attorney to another city or country at little cost. Besides its convenience, it also protects companies from raiding attacks (often due to forged powers of attorney)

It should be noted that the power of attorney is already actively used in such countries as: Belarus, the Russian Federation, Kazakhstan, and some states of the United States. But to varying degrees, there are limitations to its use.

At the same time, there is a mechanism for the notary to issue an extract from the register, which confirms its validity - noted in a conversation with UBR.ua UC lawyer Riyako&partners Nikolay Maksimov.

In addition, counsel answered questions such as:

With the adoption of the new Naps, judicial practice is also changing. Legal relations in real estate… 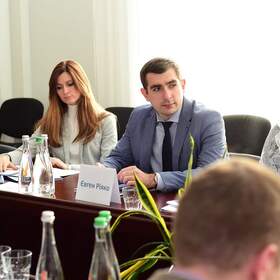 Meeting of the Regional Council on Justice Reform

On November 22, 2019, on the initiative of the APU Office in Kharkiv Oblast and support of the EU Project…

How will the "Language Law" affect business and public authorities?

Law 2704-VIII, "On ensuring the functioning of the Ukrainian language as the State language", or as it… 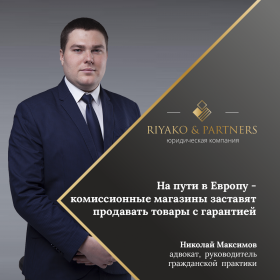 Commission stores will make you sell goods with warrants

VU goods under warranty - commission stores will be forced to sell goods with warranty. A bill had…